Which yoga is right for you? 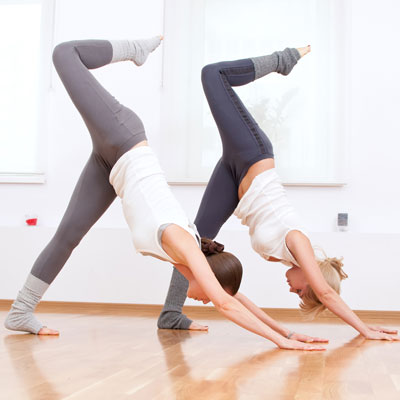 While all forms of modern yoga will improve your strength, fitness, stamina, ability to relax and body awareness, if you have specific goals in mind, there’s a yoga style out there with your name on it.

If you… are a beginner (or just want to de-stress)

One of the six original branches of yoga, hatha encompasses nearly all types of modern yoga. Classes described as ‘hatha’ on studio schedules, alongside vinyasa and prenatal, for example, are typically a basic and classic approach to yogic breathing exercises and postures. It’s best for calming down, de-stressing, and has too many physical benefits to list. The best thing about hatha yoga is that you get to choose the pace and intensity that suits you.

If you… want to get fitter

This is faster-paced style of yoga best suited to people who have a reasonable level of fitness, or who are hoping to increase their fitness. Be prepared to sweat!
In this form of yoga, you can expect to be moved through the same (or similar) sequence of poses in each class, until it is mastered to some degree. Then the student moves on to practice another series of poses which are more difficult. Sometimes a room is heated as one does ashtanga, which causes the muscles to be very flexible.

If you… want to improve coordination and balance

This is a graceful, flowing style of yoga in which movement from one asana to the next follows the breath. It can vary in intensity – some classes are fast-paced and sweaty, others are little more down-tempo. It’ll depend on the teacher, who draws from different styles to create their own fluid sequences that may change from class to class.
Smooth, steady movement during the transitions between asanas is as important as alignment in each asana. If you enjoy a practice that’s a little unpredictable and you like to move, Vinyasa is probably right for you.

If you… want to build muscle

Essentially, it’s yoga with brawn. It’s the American interpretation of ashtanga yoga, but power yoga takes it one step further. Many of the postures resemble basic calisthenics – push-ups and handstands, toe touches and side bends – but the key to power yoga’s sweat-producing, muscle-building power is the pace. Instead of pausing between poses as you would in traditional yoga, each move flows into the next, making it an intense workout. You need to be fairly fit before attempting power yoga.

If you… want to increase your stamina

Iyengar concentrates on holding postures for a longer period of time. The practice uses props, which are frowned upon by some other forms, to help the body with alignment. These include standing, sitting and inverted postures, like headstands.
More advanced students will also be taught breathing and meditation techniques but beginners will not be expected to learn these principles until they have a deeper understanding of yoga.
Beginners will benefit from learning the basic postures and then build up to more advanced postures and meditation and relaxation techniques. Whereas other practices might be a bit more cardiovascular, Iyengar builds endurance.

If you… want to feel more energised (and spiritually aware)

Try… Kundalini
This yoga is based on the belief that a current of powerful vital energy (kundalini) resides at the base of your spine. Its repetitive movements are designed to arouse this normally dormant energy and get it flowing up the spine to boost physical vitality, mental clarity, emotional openness and spiritual awakening. It’s not a traditional physical workout, but doing the movements for a several minutes will build stamina and can result in exhilaration.

This is a system of yoga founded by Bikram Choudhury, practiced in a room heated to approximately 40 degrees, with a humidity of around 40%. Generally, a sequence of 26 different poses is practiced during a Bikram class – it’s the same every time, so there’s a nice predictability to it – and the hot temperature helps to loosen muscles. Due to the high temperature most people sweat profusely during the class and this helps to cleanse the body of toxins.