Yoga: what’s it good for? 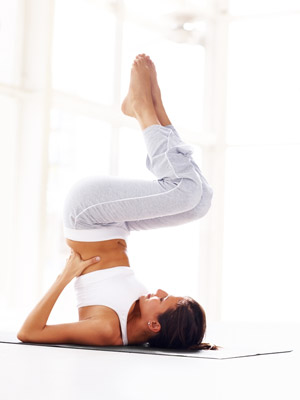 Think yoga is only for health nuts and masochists? So did I – until recently.

I never really ‘got’ yoga until about six months ago. I’d been to a smattering of classes here and there over the years, but found them far too gruelling and intense – too hard – so I preferred to do my own form of ‘pigeon yoga’ at home (just some stretching, really).

What I didn’t know, though, is that you are not actually supposed to experience discomfort or feel like you’re straining your body when practising yoga – well, not much. Instead of heaving, grunting and generally torturing myself to try to match the deep, muscle-crunching poses (or ‘asanas’, in yoga speak) of more advanced students, I was actually supposed to be holding them lightly (the poses, not the students), in a way that felt comfortable for my body.

Once I discovered this, something clicked into place, and I was a goner.

I go to classes now about three times a week – sometimes more, sometimes less – and not only do I no longer experience the niggling pains and discomfort in my shoulders, neck and back that come from sitting in front of a computer for hours, I sleep better, feel calmer and – oddly enough – find that when I make an effort to squeeze a yoga class into a particularly hectic day, I actually feel like I have more time, that I’m more in control.

Another unexpected benefit is that I feel more, well, powerful – and beautiful. It is an awesome thing to feel truly at home in your body, and when you feel strong, your cellulite, batwings, or flabby gut no longer seem like such a big deal. How you feel starts to trump how you look. (And the bonus is, with regular practice, you start to look the way you feel.)

… kills stress (and keeps you young)
Researchers found that women who routinely practice yoga have lower amounts of an inflammatory protein that is normally linked to ageing and stress. It also showed that yoga practitioners have smaller increases in the protein after stressful experiences than women who are not yoga practitioners.

… boosts strength and flexibility
One study compared people who performed an average of about 21 hours of hatha yoga classes over eight weeks with a sedentary control group. At the end of the study period, the yoga group showed significant improvements in flexibility, balance and muscular endurance.

… eases back pain
A UK trial has found that people with back pain had greater improvements in everyday physical tasks if they did weekly yoga sessions.

… makes you feel beautiful
A study comparing women who practiced yoga regularly with those who did other forms of exercise – as well as women who hadn’t done any form of exercise for at least two years – found that those who practiced yoga expressed healthier attitudes toward their bodies and had fewer disordered eating behaviours (suggesting that yoga can also help to encourage weight loss through healthier eating habits.)

There is enough anecdotal evidence (and in many cases scientific research) to suggest that yoga can also alleviate conditions such as high blood pressure, arthritis, clinical depression, anxiety, diabetes, carpal tunnel syndrome and asthma.

Which yoga is right for you? >>