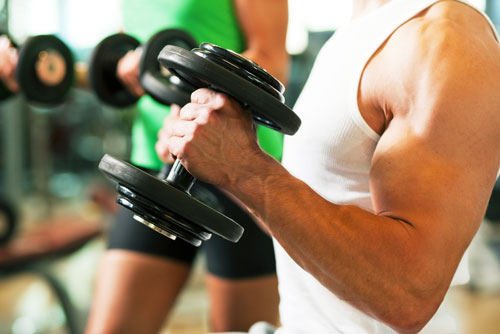 Sometimes, the things we think we know about exercise (anything, come to think of it!) are not necessarily true. We look at some of the myths.

You need to train hard to see your abs

Remember Iggy Pop and his rippling abs? Do you think after a show he was going to the gym to do abdominal crunches on a Swiss ball? No, he was heading back to his hotel room to shoot smack and bang groupies.

And what he wasn’t doing was eating that much, because heroin suppresses appetite. Being in a state of regular caloric deficit kept Iggy’s frame at a low body fat level, and the abs popped out. That’s the way it works. You can enhance the look of your abs with some focused work, but if they’re covered in flab, no one will ever know.

Exercise is about burning calories

Burning calories is just about the least important thing exercise does. Far more important is what is known as a training effect. Exercise has the ability to make you stronger, faster, more agile, and more flexible. It can make you more skilled at various sports and enhance your cognitive capabilities. It also enhances immune function and promotes longevity.

And if fat loss is your goal, intense exercise has a tendency to transform you into a better eater.

Weightlifting is an effective fat-loss strategy

By far the most effective fat loss strategy is carefully controlling caloric intake. Sustained and intense aerobic exercise can be a valuable addition to this.

Weightlifting does burn calories, but when compared to hard aerobic training, it pales. A hard session with the iron burns only 20% more calories per hour than walking at 4 mph, according to Essentials of Strength Training and Condition. And I’m sorry to tell you thatadding muscle does not rev up your resting metabolism.

The only thing that matters is calories. Caloric deficits can be done in a healthy way and an unhealthy one. Many experts consider low carb to be unhealthy, and I agree with them. I know that some experience weight-loss success with this approach, but I consider this diet as a last resort for the lazy.

Yes, there is evidence that it can be good for controlling appetite because of the high protein levels and the fact that the diet restricts a bunch of bad carbs that are high in calories. However, it also restricts the good carbs that are essential for exercise performance, the ones that can be quite satiating and contain valuable nutrients.

A high-protein diet is effective for gaining muscle

At a certain point, you just don’t need it anymore. Unless you’re shooting the juice and training long hours to build muscle fast, your body can only use so much. I had some conversations with nutrition expert Alan Aragon who told me that those looking to gain weight only need about 1.4 grams of protein per kilogram of body weight per day.

Walking at 4 mph increases your resting metabolic rate (RMR) by a factor of five. Running at twice that speed increases RMR by 13.5 times, more than three times the metabolic increase for only double the speed.

Exercising causes you to eat more

A pile of research fails to show that there is any such thing as working up an appetite. In reality, a significant amount of exercise does not contribute to increased appetite and can lead to healthier eating habits.

Getting in shape raises your metabolism

An in-depth and tightly controlled study of identical twins by renowned obesity researcher Dr. Claude Bouchard found the opposite to be true. Exercise boosts metabolism during the act of exercise. However, as you improve physical fitness, your body begins to operate more efficiently so that you burn fewer calories while at rest and during exercise. Losing fat will also contribute to burning fewer calories because fat is somewhat metabolically active and you have less body weight to cart around with you everywhere.

Running wears out your knees

This 18-year-long study compared runners with non-runners and found no difference in the development of knee osteoarthritis between groups. In reality, running provides valuable training and lubrication for various body joints to enhance cartilage health.

"X" is the best form of exercise

Use this information to keep your workouts and eating plan useful and doable – and to sort the myths from the reality.