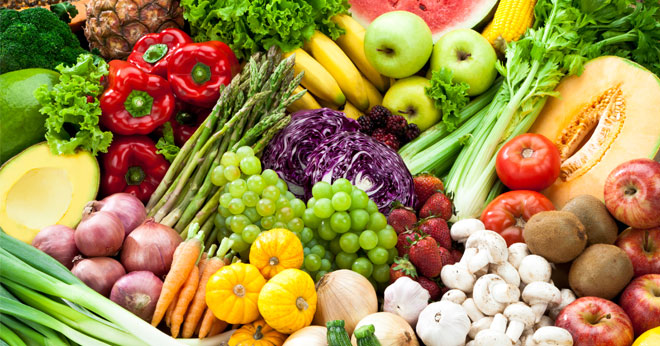 In many ways, it’s a convincing theory: the idea that if we want to be fit, healthy, lean, and disease-free we need to return to the natural hunter-gatherer way of eating which was enjoyed by our Paleolithic ancestors right up until the introduction of agriculture around ten thousand years ago.

Genetically-speaking, goes the argument, the human body is built to digest meat, fish, fruit, nuts, and vegetables rather than grains, legumes, dairy products, and refined salt and sugar. Because the modern Western diet tends to depend largely on the latter rather than the former, continues the theory, we are suffering the consequences in a frightening rise of “diseases of civilisation” – chronic conditions like Type 2 diabetes, heart disease, cancers, and obesity.

Known also as the Caveman, Stone-Age, Primal, or Hunter-Gatherer Diet, the Paleo Diet (and variations of it like the Harvey-Banting, the Neanderthin, and the Carbohydrate Addict’s Diet) aim to reverse this imbalance by promoting those foods that our ancestors would have been able to hunt and gather and excluding those which only became available after industrialisation. Proponents of the Paleo Diet call it a lifestyle instead of a diet, focusing as it does on overall health rather than on weight loss. It does encourage some all-round healthier eating habits.

Obviously, you avoid processed and junk food, and you decrease your exposure to additives and preservatives by choosing whole, unprocessed, organic foods; you eat more fresh fruit and vegetables; and you consume good amounts of healthy unsaturated oils. And you eat a lot of meat and fish, which for this purpose have to be organically-produced. A typical Paleo meal plan might include eggs and steak for breakfast, soup or salad (preferably containing some meat, chicken, or fish) for lunch, and roast meat and vegetables (though no potatoes) for supper. You eat no sugar, but you also eat no dairy products, no grains, no legumes (like beans, lentils, or chickpeas), and no starchy vegetables – essentially, you eat no dairy, no sugar, and very few carbohydrates.

Professor Tim Noakes of the Sports Science Institute caused some major and ongoing controversy a few years back when he announced that everything he had previously been advising about nutrition was wrong, and that the Paleo approach with its focus on high-fat low-carbohydrate foods comes close, in his opinion, to the ideal eating plan. There are a few differences: Noakes recommends including full-fat dairy products and avoiding fruit because of its sugar content, but on the whole his approach is not unlike the Caveman one.

Noakes believes that many of us are “carbohydrate resistant,” meaning that our bodies can’t metabolise glucose effectively, which causes it to end up in our fat cells and results in the conditions (including obesity) that lead to adult-onset diabetes. We should all, says Noakes, be sticking to a high-fat, moderate-protein diet to reduce inflammation in our bodies, keep our weight under control, maintain steady energy levels, and feel generally better, fitter, and healthier.

There are many people who indeed feel that they benefit enormously from adopting this sort of eating plan, but experts remain extremely sceptical. The Health Professions Council of South Africa has gone as far as to issue a warning against following Tim Noakes’ advice, and the US News and World Report has repeatedly ranked the Paleo Plan lowest out of over twenty diets, saying that their experts “took issue with the diet on every measure.”

Heart specialists in particular have been outspoken in their criticism of Tim Noakes’ assertion that high cholesterol does not cause heart disease; it undoubtedly does, they say. A high-fat diet may lead to a condition of the kidneys called ketosis, which can cause headaches, irritability, and heart palpitations – even, in some rare cases, cardiac arrest. Dieticians and doctors are concerned about the fact that any diet that restricts certain food groups and emphasises others isn’t balanced and can’t supply all the body’s requirements. If you avoid grains and legumes, you get very little fibre; if you cut out dairy, you don’t get enough calcium; and a diet focused on a lot of protein can expose you to high intakes of total fat, saturated fat, cholesterol, and trans fat, all of which contribute to cancers, stroke, and cardiovascular disease. It’s certainly wise to replace refined high-sugar carbohydrates with whole-grain, high-fibre carbohydrates, but you still need the cell-protecting antioxidants and health-promoting phytochemicals only available in a range of vegetables and fruits.

Apart from serious nutritional concerns, it seems the basis for the Caveman theory may not even be scientifically sound. Paleontologist Richard Leakey, a world-renowned expert on the evolution of the human diet, believes that although we are omnivores, we have more anatomical characteristics in common with herbivores than we do with carnivores. We don’t have large canine teeth for tearing prey, he points out, and our ancestors’ diet is likely to have been similar to that of our closest genetic relative, the chimpanzee. Like other primates, chimpanzees are mainly vegetarian and eat meat only very occasionally.

Of course, we’re all different and what’s right for one person may not work at all for another. On the whole, as with everything in life, it seems that the more “tuned in” we are to our own unique dietary needs the better, and that balance and moderation is generally the best approach.

Other articles you may be interested in:
Tim Noakes’ turn on carbs
Healthy lunch ideas for school
Body myths
Top five fad diets
Veganise your diet