Skin tips you may not have known 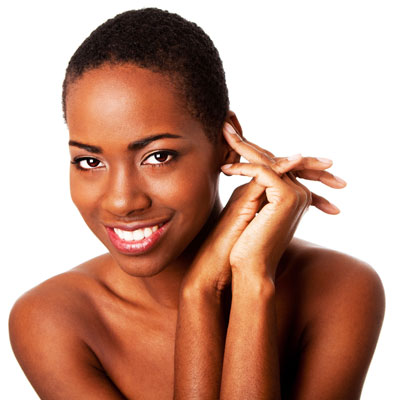 There are so many ways to get healthier, younger-looking skin. But instead of rehashing the usual skincare tips, we thought we’d give you advice you may not have known before.

Yes, even that tiny tube of hotel face cream does something. Any emollient will not only temporarily plump up fine lines but also help prevent skin aging.

"When we do a peel or surgery, probably the single most important factor in wound healing is keeping the area well moisturized," points out Richard Fitzpatrick, an associate clinical professor of dermatology at the University of California, San Diego School of Medicine.

Sun damage, he notes, is no different: A daily lotion containing glycerin, shea butter, or another basic hydrator "allows your skin to repair itself much more effectively." It also increases its mobility, making repetitive smiles and squints less punishing to the face. That said, the basics should be used only in a pinch. For daily use, dermatologists prefer moisturizers spiked with ingredients designed to boost cell turnover, stimulate collagen growth, and banish DNA-damaging free radicals.

Forget pulled hamstrings. The most overlooked gym-induced strain hits us above the shoulders. "I can pinpoint women who tense the jaw and throat when exercising, because it makes the cords of the neck more prominent and pulls down the face," says Fredric Brandt, a dermatologist in New York City and Miami.

Don’t assume you’re inoculated against photodamage just because the sun is barely up when you leave for work and sets on your commute home. Unlike UVB light, UVA rays travel through windows in the office, home, and car, warns Dover. Until recently, few worried much about the latter wavelength, partly because it causes a tenth as much tanning as the former. But in fact, "two very important studies a few years ago showed that UVA is carcinogenic and induces the grayish, yellow-y cast you see on older people’s skin," says Dover, who recalls one laser-resurfacing patient whose wrinkling was "five times worse on one side" from years of daily drives. Those who don’t spend most of their waking hours in a cinder-block bunker should "wear a broad-spectrum sunscreen 365 days a year, rain or shine," he says.

YOU DON’T NEED SUN TO FEEL THE BURN

All the SPF and sun avoidance in the world can’t protect you from the space heater next to your desk or the fireplace in your living room. Direct exposure from two to three feet away causes redness and a breakdown of collagen, says Brandt, who advises sitting at least ten feet away.

Guzzle water, the advice goes, and your skin will thank you. But New York City and Santa Monica dermatologist Karyn Grossman cringes when she sees women toting around bottles of water – or any other drink. As with straws, "the constant pursing creates lines and aggravates existing ones around the mouth," she says. Her suggestions for saving face: Sip filtered water from a glass at home, and carry a reusable bottle with a spout "so that you can squirt it into your mouth instead of sucking on the top."

BEAUTY SLEEP CAN GET UGLY

Francesca Fusco, an assistant clinical professor of dermatology at Mount Sinai Medical Center in New York City, can tell which side a patient sleeps on by the vertical line on her cheek. "The skin is pressed against wrinkles in the fabric," she says. The best way to avoid sleep lines is to snooze on your back. A more realistic strategy: smooth pillowcases. "Satin or silk is best," says Fusco. "Or buy the softest, highest-thread-count fabric you can."