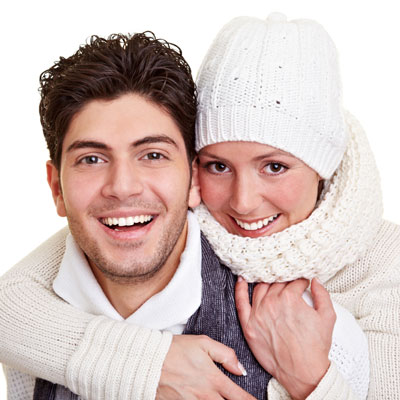 It’s that time of year again – the barometer is dropping, days are getting shorter and cold and flu viruses are circulating like wildfire.

As the old adage goes, prevention is better than cure, and getting a flu vaccine at the start of winter is your best shot at staying sniffle-free for the season. Though it doesn’t guarantee you won’t get flu, the jab boosts your immune system and makes you less vulnerable to lurking lurgies.

It’s true that there’s no direct link between colds and the cold – the spike in cold and flu infections during winter is largely due to people spending more time cooped up indoors with infected colleagues or family members. But a recent study indicates there is a strong indirect link between chilly weather and the sniffles. Recent research by scientists at Cardiff University’s Common Cold Center revealed that 29% of subjects who sat with their feet soaking in icy water for 20 minutes developed cold or flu symptoms within the next five days, compared to just 9% of control group members who sat with their feet in an empty bowl. The moral of the story – wrap up warm in bitter weather.

There’s a good reason mothers the world over drum the importance of hand-washing into their children. Roughly 75% of infections can be avoided through simple hygiene practises – washing hands regularly, keeping surfaces clean and disposing properly of waste.

If you do fall prey to a flu bug, there are various steps you can take to make sure you heal faster. Since antibiotics aren’t effective against viruses, there’s not much point in popping them for cold and flu. You’d be better off spending a few days in bed to beat the bug, unless you develop a secondary bacterial infection – in which case a visit to the doctor and possibly a course of anti-biotics wouldn’t go amiss.

Asian cultures have harnessed the healing power of turmeric for hundreds of years, but it’s only in recent years that the spice has piqued the interest of western scientists. In the last decade, a flurry of modern studies have confirmed the medicinal attributes of this ‘Indian Gold’, which include antiseptic, anti-bacterial, anti-inflammatory and anti-viral properties. To help your body heal from a flu infection, whip up a pot of turmeric tea and drink several cups a day. Other culinary goodies to include in a recovery diet include chilli, which has three times as much vitamin C content as citrus fruit and stimulates secretions that help to clear congestion.

Vitamin C has been touted as a quick sniffle fix for decades, but modern studies have revealed that zinc may be even more effective at strengthening the immune system and banishing lurking flu viruses. Eat oysters, lean beef, lentils, pumpkin seeds and other zinc-rich foods, or pick up a supplement from your local pharmacy.