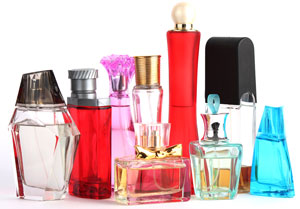 To say we get our fair share of products at BeautySA is an understatement. Which is why when I came across this article on Now Smell This, I just had to share it with you!

It’s such a conundrum. I have more than enough perfume for life, yet the occasional bottle still finds its way into my crowded perfume cabinet. While I return to my favourites and exciting, newer bottles, perfectly good perfume sits and risks turning. What’s a girl to do? Find more ways to use perfume, that’s what. Here are a few uses for perfume you like enough to keep, but fear you won’t use before it spoils:

Russian choreography Sergei Diaghilev reportedly sprayed his curtains with Guerlain Mitsouko so when the wind ruffled the fabric, his rooms were filled with Mitsouko’s sepia peach and moss. Such a romantic idea. A few years ago I followed his lead and spritzed the cotton velvet curtains in my living room with Mitsouko EDP. I nearly threw up. For about a week I couldn’t spend time on the couch without occasional forays to the kitchen for air. Fragrant curtains are a terrific idea, but I recommend something with less presence than Mitsouko.

Freshen up the mattress

Whenever I strip the bed, I give the mattress about three spritzes of fragrance. I used up a bottle of Stella McCartney Stella this way, then moved on to Prince Matchabelli Wind Song, and now am partway through a bottle of Thierry Mugler Cologne. Once fresh bedding is on, the scent is present but mild. Every once in a while I spray my pillows, too. You can buy special linen spray, but why not use what you already have?

Spray on your lampshades

Most of my lampshades are made of old fabric, and none are pristine white, so I don’t worry about staining them. I like to spray my lampshades with Molinard Habanita and Laura Mercier Minuit Enchanté. As the lampshades heat up (this obviously doesn’t work well with compact fluorescent bulbs) the fragrance dissipates. I find it doesn’t last longer than an evening.

A few years ago a Now Smell This reader suggested dumping sample vials of perfume into a few tablespoons of uncooked rice. It works, but it needs to be stirred daily to reawaken the fragrance, and its throw isn’t very far. Still, a pretty teacup of rice infused with a sample of Christian Dior Dune in the bathroom would be very nice.

I’ve saved the best tip for last. When I proposed doing this post, my colleague mentioned she’d always wondered about spraying perfume on unscented dryer sheets. Even though I wasn’t quite ready to do laundry today, in the interest of science I washed a half load of underwear and towels. About halfway through the dryer’s cycle, I tossed in a cotton handkerchief sprayed generously with Mugler Cologne. My laundry came out gorgeously, gently scented – and the handkerchief smelled so good I tucked it in my purse right away. This is a tip I’ll be putting to use regularly.

Written by Angela Sanders, this article originally appeared on Now Smell This.